We believe also in the resurrection of the dead. For there will be in truth, there will be, a resurrection of the dead, and by resurrection we mean resurrection of bodies. For resurrection is the second state of that which has fallen. For the souls are immortal, and hence how can they rise again? For if they define death as the separation of soul and body, resurrection surely is the re-union of soul and body, and the second state of the living creature that has suffered dissolution and downfall. It is, then, this very body, which is corruptible and liable to dissolution, that will rise again incorruptible. For He, who made it in the beginning of the sand of the earth, does not lack the power to raise it up again after it has been dissolved again and returned to the earth from which it was taken, in accordance with the reversal of the Creator’s judgment.

And again to Moses, I am the God of Abraham, the God of Isaac and the God of Jacob: God is not the God of the dead (that is, those who are dead and will be no more), but of the living, whose souls indeed live in His hand, but whose bodies will again come to life through the resurrection.

And David, sire of the Divine, says to God, Thou takest away their breath, they die and return to their dust. See how he speaks about bodies. Then he subjoins this, Thou sendest forth Thy Spirit, they are created: and Thou renewest the face of the earth.

Further Isaiah says: The dead shall rise again, and they that are in the graves shall awake. And it is clear that the souls do not lie in the graves, but the bodies.

And again, the blessed Ezekiel says: And it was as I prophesied, and behold a shaking and the bones came together, bone to his bone, each to its own joint: and when I beheld, lo, the sinews came up upon them and the flesh grew and rose up on them and the skin covered them above. And later he teaches how the spirits came back when they were bidden.

But it was not only by word, but also by deed, that the Lord revealed the resurrection of the bodies. First He raised up Lazarus, even after he had been dead four days, and was stinking. For He did not raise the soul without the body, but the body along with the soul: and not another body but the very one that was corrupt. For how could the resurrection of the dead man have been known or believed if it had not been established by his characteristic properties? But it was in fact to make the divinity of His own nature manifest and to confirm the belief in His own and our resurrection, that He raised up Lazarus who was destined once more to die. And the Lord became Himself the first-fruits of the perfect resurrection that is no longer subject to death Wherefore also the divine Apostle Paul said: If the dead rise not, then is not Christ raised. And if Christ be not raised, our faith is vain: we are jet in our sins. And, Now, is Christ risen from the dead and become the first-fruits of them that slept, and the first-born pyre the dead; and again, For if we believe that Jesus died and rose again, even so them also which sleep in Jesus will God bring with Him. Even so, he said, as Christ rose again. Moreover, that the resurrection of the Lord was the union of uncorrupted body and soul (for it was these that had been divided) is manifest: for He said, Destroy this temple, and in three days I will raise it up. And the holy Gospel is a trustworthy witness that He spoke of His own body. Handle Me and see, the Lord said to His own disciples when they were thinking that they saw a spirit, that it is I Myself, and that I am not changed: for a spirit hath not flesh or bones, as ye see Me have. And when He had said this He shewed them His hands and His side, and stretched them forward for Thomas to touch. Is not this sufficient to establish belief in the resurrection of bodies?

Again the divine apostle says, For this corruptible must put on incorruption, and this mortal must put on immortality. And again: It is sown in corruption, it is raised in incorruption: it is sawn in weakness, it is raised in power: it is sown in dishonor, it is raised in glory: it is sown a natural body (that is to say, crass and mortal), it is raised a spiritual body, such as was our Lord’s body after the resurrection which passed through closed doors, was unwearying, had no need of food, or sleep, or drink. For they will be, saith the Lord, as the angels of God: there will no longer be marriage nor procreation of children. The divine apostle, in truth, says, For our conversation is in heaven, from whence also we look for the Savior, the Lord Jesus, Who shall change our vile body that it may be fashioned like unto His glorious body: not meaning change into another form (God forbid!), but rather the change from corruption into incorruption.

But some one will say, How are the dead raised up? Oh, what disbelief! Oh, what folly! Will He, Who at His solitary will changed earth into body, Who commanded the little drop of seed to grow in the mother’s womb and become in the end this varied and manifold organ of the body, not the rather raise up again at His solitary will that which was and is dissolved? And with what body do they come? Thou fool, if thy hardness will not permit you to believe the words of God, at least believe His works. For that which thou sowest is not quickened except it die. And that which thou sowest, thou sowest not that body that shall be, but bare grain, it may chance of wheat or of some other grain. But God giveth it a body as it hath pleased Him, and to every seed his own body. Behold, therefore, how the seed is buried in the furrows as in tombs. Who is it that giveth them roots and stalk and leaves and ears and the most delicate beards? Is it not the Maker of the universe? Is it not at the bidding of Him Who hath contrived all things? Believe, therefore, in this wise, even that the resurrection of the dead will come to pass at the divine will and sign. For He has power that is able to keep pace with His will.

We shall therefore rise again, our souls being once more united with our bodies, now made incorruptible and having put off corruption, and we shall stand beside the awful judgment-seat of Christ: and the devil and his demons and the man that is his, that is the Antichrist and the impious and the sinful, will be given over to everlasting fire: not material fire like our fire, but such fire as God would know. But those who have done good will shine forth as the sun with the angels into life eternal, with our Lord Jesus Christ, ever seeing Him and being in His sight and deriving unceasing joy from Him, praising Him with the Father and the Holy Spirit throughout the limitless ages of ages. Amen.

* Book IV, Ch. 27 from the Exact Exposition of the Orthodox Faith 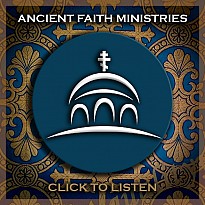 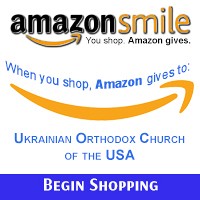 Latest News
00000
UOC of the USA Offers Financial Assistance to the Flood Victims in Western Ukraine
00001
8th Sunday After Pentecost and the Life of Holy Prophet Elijah Celebrated at the Metropolia Center of the Church
00002
UPDATED: From the Office of the President of the Consistory: Parishes of the Church Begin the Process of Re-Opening
00003
Ukrainian Orthodox League of the UOC of the USA Holds Online Jr. and Sr. Conventions
00004
Celebration of the Feast of Holy Equal-to-the-Apostles Great Prince Volodymyr
00005
Seventh Sunday After Pentecost at the Metropolia Center of the UOC of the USA
00006
Council of Bishops of the UOC of the USA: THE LEGACY OF HAGIA SOPHIA - A LEGACY FOR ALL CHRISTIANS
Pastoral Reflections
00000
Send them away!
00001
Нагодування 5 тисяч
00002
Св. Князь Володимир і Хрещення Русі-України
00003
Blessed Equal-to-the-Apostles Olha, princess of Kyiv
00004
Про важливість тіла людини
00005
Two Demon-Possessed Men Healed
00006
Though I was blind, now I see!
Upcoming
00000
Archbishop Daniel's Liturgical Schedule
00001
Calendar 2020 / Orthodox Daily Planner
00002
9 August, 2020 - Let's Pray Together, Honoring the Life of St. Panteleimon the Healer
00003
Faith! Hope! Love! - Ministry of the Consistory Office of Youth and Young Adult Ministry
00004
Month of AUGUST in the Life of the Church - Місяць СЕРПЕНЬ в житті Церкви
Recent Galleries 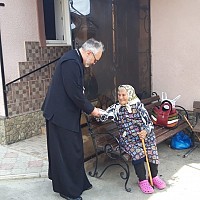 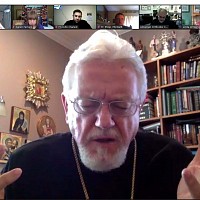